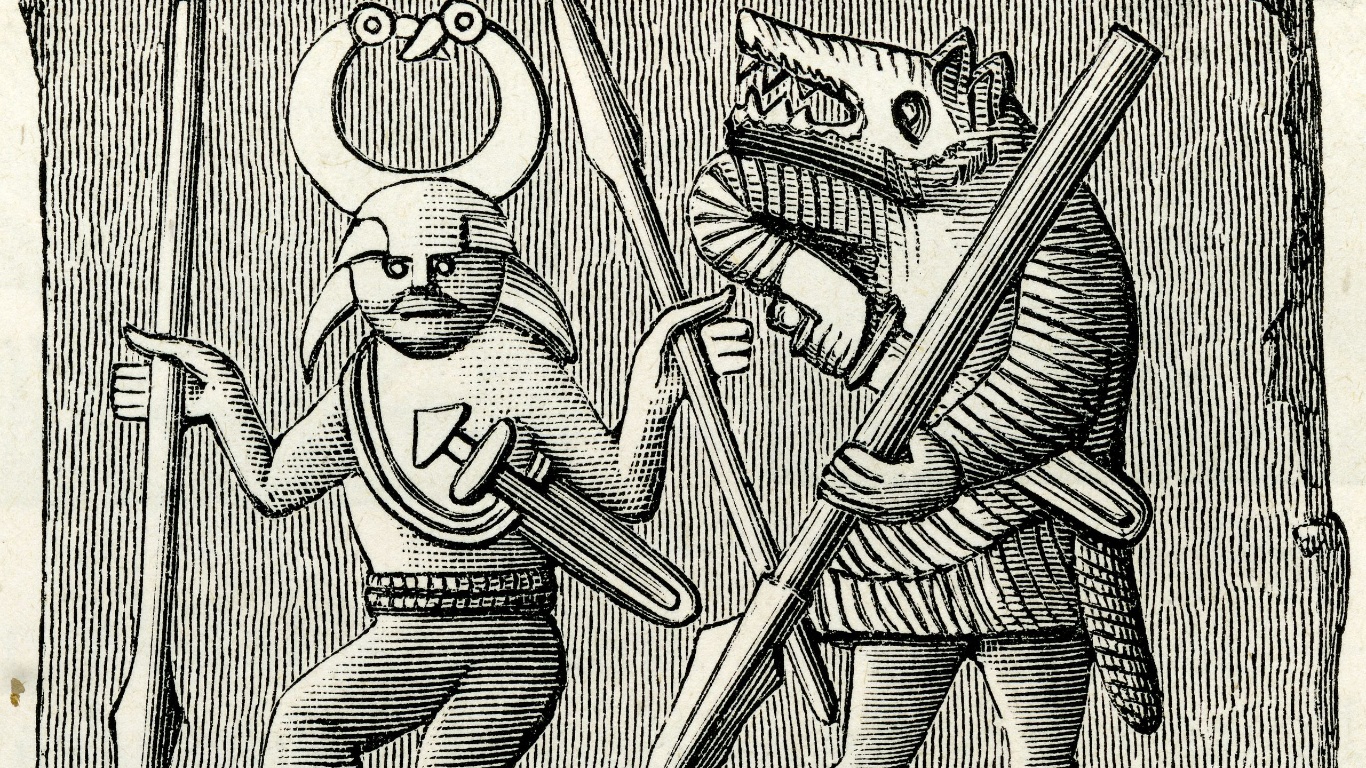 Abstract: The Norse saga of King Hrolf Kraki provides us with the only account of berserkers, (bear shirts), that shows them acting in a realistic court setting. When they appear at the king’s court, returning from a season of raiding, they display hostility and contempt toward all present, even King Hrolf. Curiously the king fails to take offense. The best explanation for his equanimity is that this berserker display is merely one of ritual hostility intended to reinforce the status of the berserker and to ensure his separation from any other warriors of more normal character.

Certainly, this behavior must have seemed odd to later bards whose task it was to relate the old tales in a fashion that lent to them a narrative coherence. This old ritual behavior seems to have been reinterpreted in at least two ways.

First, berserkers fought alone. It simply was not safe to fight in concert with a berserker, because in his frenzy he would fail to distinguish friend from foe. The habitual lone fighter is a later reworking of this old berserker feature. Such lone fighters are found in Slavic (Igor Monomakh), Celtic (Cú Chulainn), and Greek (Herakles, Ajax the Greater).

Second, the berserker aloofness founded upon hostility may serve to explain some puzzling animosities and withdrawals in heroic lore. In Germanic one has the unmotivated hostility of Hrothgar’s apparent bodyguard, Unferth, toward Beowulf. In Iranian one has the odd hostility of the Nart band toward its leader (Sosruquo or Pataraz). In Indo-Aryan one finds Indra abandoned by his band, the Maruts, when he fights the serpent, Vṛtra. In Anatolian the storm god Tarhunas is also abandoned by the other gods in his fight with the dragon, Illuyanka. Most notably in the Iliad the prolonged withdrawal of Akhilleus from the combat around Troy is most easily explained as an older, reworked berserker theme. His savage conduct once he returns to the fray also fits the berserker pattern.

All these instances suggest that the berserker is not merely a Norse or Germanic phenomenon, but rather one of Indo-European heritage. If so, then we may see in the ṛkṣas of Rama’s army the “bears,” that is berserkers, since no bears live in India south of the Himalayas. Here, as in Norse, the name of these warriors survives.