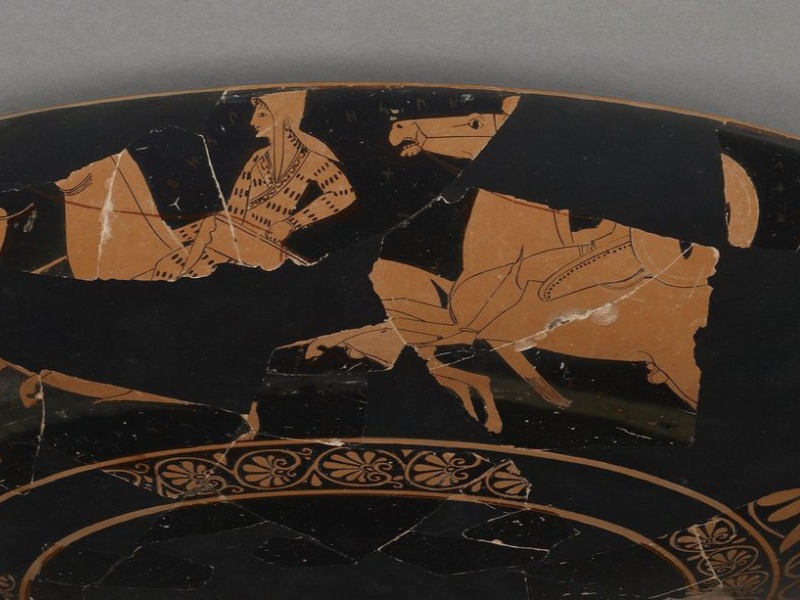 In the forthcoming study of pottery dating from 550 B.C. to 450 B.C., study lead author Adrienne Mayor and J. Paul Getty Museum assistant curator David Saunders translated Greek inscriptions into their phonetic sounds for 12 ancient vases from Athens. The inscriptions appear next to scenes of Amazons fighting, hunting, or shooting arrows.

They next submitted just the phonetic transcriptions without explanation to linguist John Colarusso of Canada's McMaster University in Hamilton, who is an expert on rare languages of the Caucasus. He translated the inscriptions into names—such as Princess, Don't Fail, and Hot Flanks—without knowing the details of the pictures of Amazons.

The report in the journal Hesperia gives linguists unparalleled insight into languages last spoken more than 2,500 years ago around the Black Sea. This area was the realm of Scythian nomads, who fought and traded with the Greeks.

Essentially, the ancient Greeks seem to have been trying to re-create the sounds of Scythian names and words on the Amazon vases by writing them out phonetically, the study authors suggest. In doing so, the Greeks may have preserved the roots of ancient languages, showing scholars how these people sounded on the steppes long ago.

"I am impressed, and I find the conclusions quite plausible," says archaeologist Ann Steiner, an expert on ancient Greek vases at Franklin and Marshall College in Lancaster, Pennsylvania, by email. The results give weight to the suggestion that Athenians first learned of Amazon legends and names from foreigners in their midst, she says.